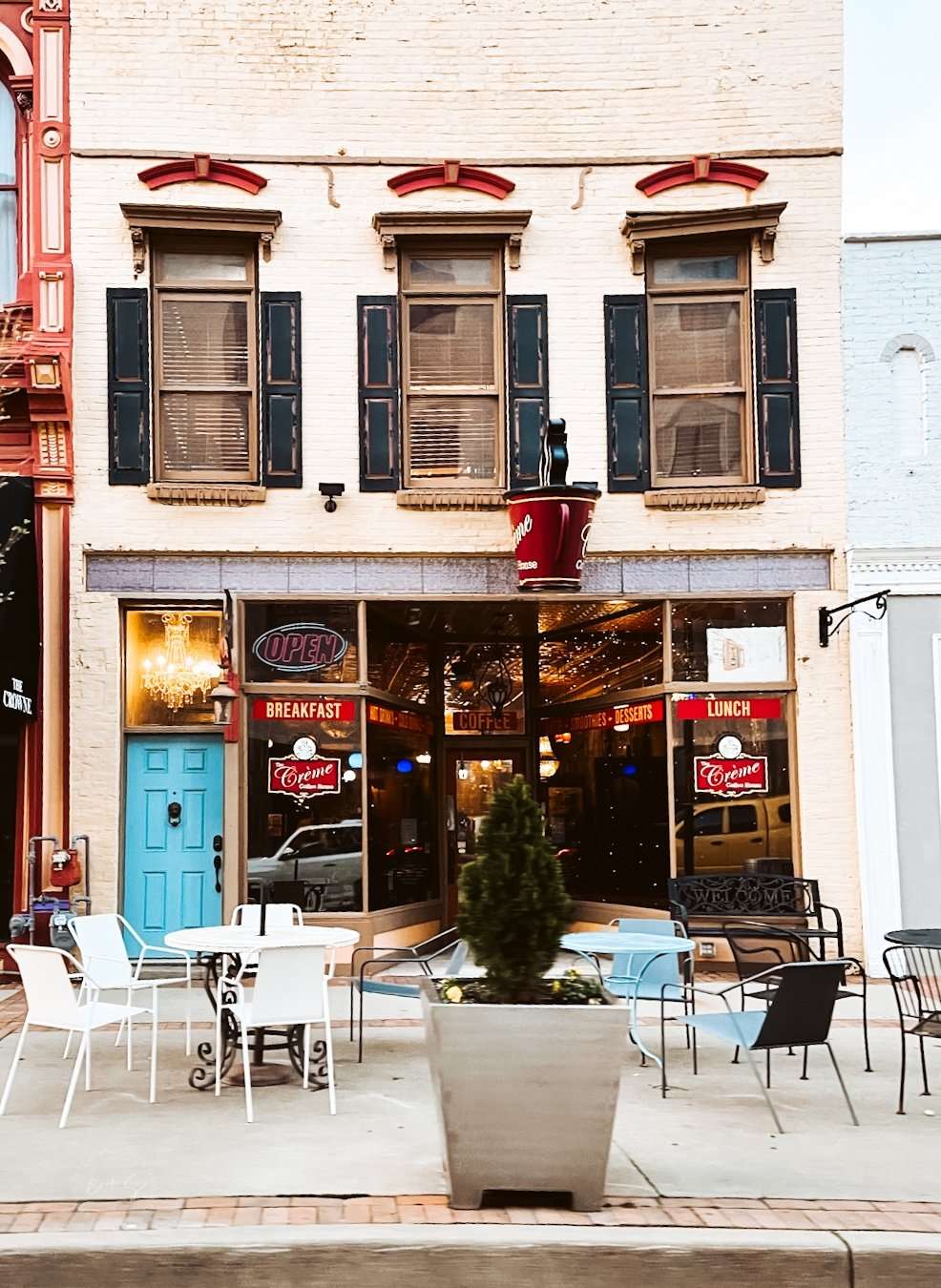 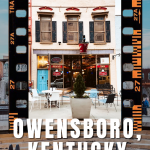 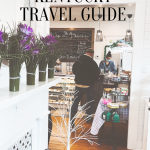 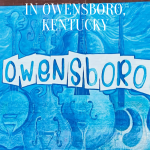 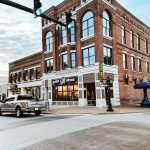 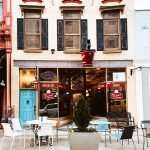 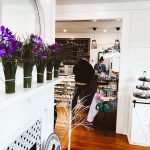 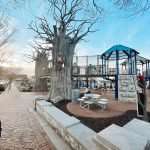 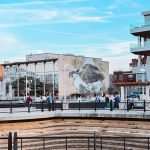 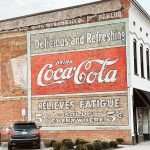 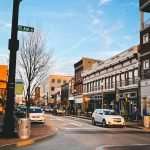 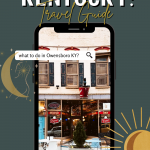 As the birthplace of Bluegrass music and Kentucky’s BBQ mecca, there’s so much to do on a weekend getaway to Owensboro, Kentucky. Being only two hours away from Louisville, it’s a perfect day trip for us which is why we’ve explored this town so much! For most, it probably isn’t a day trip, but Owensboro is also a perfect town to stop on a cross-country road trip!

A LITTLE HISTORY: Owensboro was founded in 1797 by Bill Smothers, and has since grown to be the 4th biggest city in Kentucky. Traditionally a coal mining community and with consistently good weather in Owensboro – it quickly transformed into an agricultural community. Owensboro is now known for it’s quaint Southern charm and BBQ!

Why would you stop in Owensboro??

Interstate-64 goes from Norfolk, Virginia (central on the Eastern seaboard of the US) all the way to St. Louis, Missouri. That means on a cross-country road trip, I-64 will take you the most central direct route and 1/3 of the way across the US, and Owensboro is only 40 minutes from the interstate. When we’re on a road trip, finding towns like Owensboro to stop in for the night is so important. There’s a ton of good food, interesting history to explore, and a great river walk to stretch your legs. Let’s explore all of the best things to do in Owensboro, Kentucky!

Looking for more Southern travel inspiration? See some of our other favorite posts from around the South.

We mentioned that Owensboro is a BBQ mecca for Kentuckians, as well as the home of Bluegrass music. There are a few incredibly fun festivals to attend, even if you’re just passing through.

Always the second weekend in May, the International Barbecue Festival in Owensboro is a conglomeration of all of the delicious things you need surrounding BBQ! Friday and Saturday on the Ohio Riverfront in downtown Owensboro, there are tons of activities including a Backyard Barbecue Cookoff for the best chicken, mutton, and burgoo.

A little explanation of what these barbecue terms mean. Mutton is the tender meat of adult sheep. Burgoo is a thick southern-style stew made with barbecue sauce, meat, and vegetables – traditionally served with corn-bread!

Besides an incredible Bluegrass Music Lineup – the festival is also home to workshops for songwriting, clogging, yoga, and Bluegrass 101. ROMP Festival is basically the hippie Bluegrass Kentucky version of Coachella, complete with organic farm-to-table food vendors!

Get our full guide on how to pack for music festivals here!!

***Big-O Music Fest – Right after college Shelbs went with some gal pals to Big-O-Fest! It was how we got to know Owensboro, and it was one of the best festivals we’d been to in Kentucky. Newer artists like Moon Taxi, Jake Owen, Cole Swindell were all pretty amazing to see! If you’re looking for what to do in Owensboro, we’re sorry to report that this festival has been cancelled until further notice! This music festival stopped after 2017 – we’re leaving a note out there in case you’ve heard about it!!

No matter what festival you get to, when the weather in Owensboro is nice, and you’re walking along the river in this charming small town – you’ll have a great time!

Free Things To Do In Owensboro

The best free things to do in any city are to walk and get to know the outdoor attractions. Owensboro has quite a few free things to do, starting with taking a walk downtown in Owensboro’s Historic District. You’ll run right into Owensboro’s Riverfront Park, which has gone through a major renovation in the last few years!

The riverfront park is the same park you’ll find the ‘Friday at 5’ free concert series! If you’re looking for free things to do in Owensboro – we love the idea of taking a stroll downtown, grabbing ice cream from the concession stand at this park, and then continuing on to listen to some live music! If the weather in Owensboro stays pretty for the evening, You’ll have a true southern small town experience that Friday night!

Another of the great free things to do in Owensboro is visit Reid’s Apple Orchard! Allan Reid came to American from Scotland in 1873, and actually helped pioneer technology for pruning and production of peaches and oranges!!

Anything you buy at Reid’s Orchard obviously won’t be free. That being said, what is free is exploring the farm, your produce picking experience, and the Apple Festival in October!

Read Next:  11 All-Inclusive Resorts in the USA: Budget-Friendly to Glamorous

The best time to visit Reid’s Apple Orchard if you’re from out of town is October! With over 100 craft booths, more than 20 food booths, carnival rides and more – the Kentucky Tourism Board named the Apple Festival in the Top 10 Festivals in Kentucky!

If you’re looking for a few free things to do in Owensboro, start by walking through town and doing a little street art hunting!

Not only do we love walking a city to really get to know it – we love seeing street art. This first set of murals is on the corner of Simply Chic Home Accents! The Kentucky Map, the Be The Change Lion and these colorful wings by Owensboro artist, Paige Owens, are all Instagram worthy and easy to find.

We love finding murals and understanding their significance in shaping a community. Both of these murals are so important to Owensboro’s local culture!

The last mural we found that we really love is this Coca-Cola mural downtown. It says ‘relieves fatigue’ like it’s a health tonic? Not just a boatload of sugar that gives the drinker a momentary surge in energy before an epic afternoon slump? Vintage ads always give us a good laugh!

Please tag us in any of your selfies while you’re out exploring. We love seeing when other people find murals too! If you’re looking for more murals to explore in Kentucky, head to Louisville where we have over 100 gorgeous murals!

Other Fun Things To Do In Owensboro, KY

After reviewing the best free things to do in Owensboro, there are a few fun attractions worth your hard-earned dollars! One of the cleanest theme parks near Kentucky, the brand new state-of-the-art Bluegrass Music Hall of Fame & Museum, and touring the area’s best whiskey distillery!

A little history on the Green River Distilling Co.: Started in 1885 – J.W. MucCulloch started distilling what he called ‘the whiskey without a headache’! The company grew but then couldn’t make it through prohibition which lasted from 1920-1933. (Prohibition was just a bad time for all Kentuckians?! We love our bourbon and all things distilled really?!)

After the distillery was sold, and changed hands many times through the years, it was only added to the historic Kentucky Bourbon Trail in 2018. Before 2020, this distillery was known as the O.Z. Tyler Distillery, but the company decided to change its name back to Green River Distilling Co. honoring its original heritage.

When considering what to do in Owensboro, make sure you add the farthest west point of the Kentucky Bourbon Trail to your list! Find tour information here.
Address: 10 Distillery Road, Owensboro, KY 42301

One of the first things we do when traveling anywhere is trying to find a hiking trail nearby. When we were looking for what to do in Owensboro, we knew we were gonna need to find a few good trails! Beyond just having a giant German Shepherd, we try to stay active to earn our indulgences while we travel!

There aren’t a ton of mountains or state parks around Owensboro, but they do have a few trails and botanical gardens!

WESTERN KENTUCKY BOTANICAL GARDENS: If you’re just in a mood to take a walk – the Western Kentucky Botanical Gardens are open from 9 AM to 6 AM every day! These stunning gardens are a gem in Western Kentucky, and when the weather in Owensboro cooperates – it’s even a favorite for the locals!!

Read Next:  Hike To the Hidden Lost Sink Falls in Huntsville, Alabama

**The first Saturdays of every month are free admission!

Where to Shop in Owensboro

What we love about a city like Owensboro is that it’s basically a perfect setup for enjoying a nice day out walking, shopping included. It’s been our experience that most small towns have at least a few local boutiques? Owensboro being the fourth largest city in Kentucky has plenty of them and many are in the main historic district downtown!

***Window shopping is also a perfectly acceptable free activity in Owensboro and beyond. You never know what you might find! We’re not big fans of materialism but supporting local is so much better than supporting a big chain.

Other Chic Southern Boutiques Around Owensboro

If you’re looking for a way to enjoy the pretty weather in, Owensboro – grab something to eat, do a little shopping, then head to the riverfront to enjoy all of the free fun things Owensboro has to offer!

We’ve already mentioned that Owensboro is the hotspot for Kentucky BBQ. If you’re in town looking for a place to grab a bite – make sure you try burgoo! (It should be required for anyone traveling through the South to try it at least once? Also pimento cheese… there is no such thing as too much Pimento Cheese!) Anyways – here are the top three BBQ joints around town that consistently fight for top marks at the International BBQ Festival!

All of these local staples are incredible stops for anyone looking to enjoy good Southern cuisine in Owensboro!

Where To Stay In Owensboro

There are plenty of great places to stay in Owensboro, especially if you’re looking to head there for festivals!

To find a great hotel within an easy distance from Owensboro’s main attractions, we frequently use Booking.Com. Simply type in your dates below and you’ll find a number of options available for your trip.

(If you’re booking around festivals – make sure you plan ahead and book early!)

P.S. Thinking about sharing your Owensboro adventures on Instagram? Get all of our favorite Kentucky quotes and sayings here.

If you found this post helpful – save it for later! You can pin one of these pins or scroll below for other sharing options.

How to Find Tres Trapi Aruba

What to Do In Aruba: A Romantic & Practical 1 Week Itinerary

Best Places to Travel in February: USA & Beyond